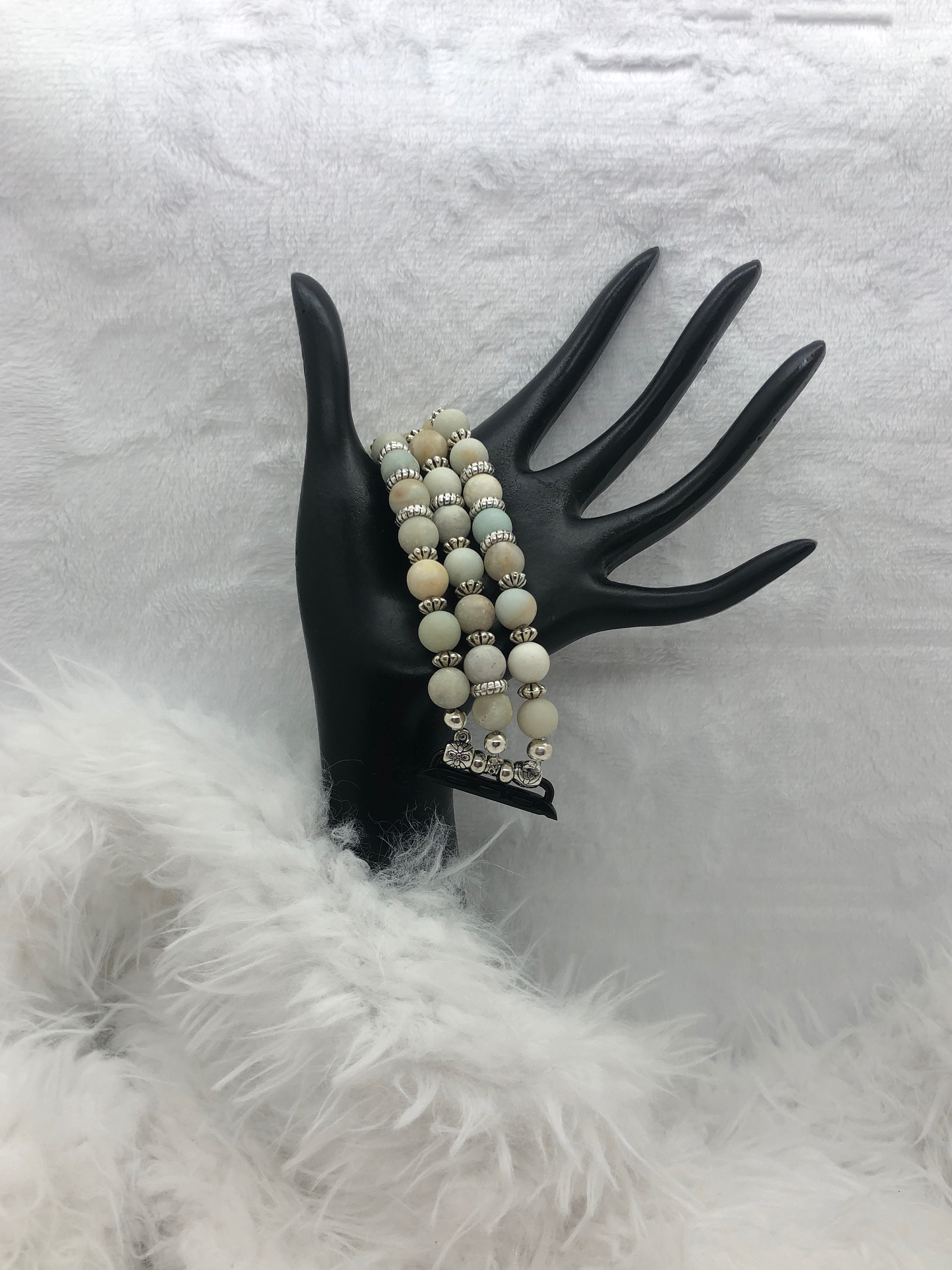 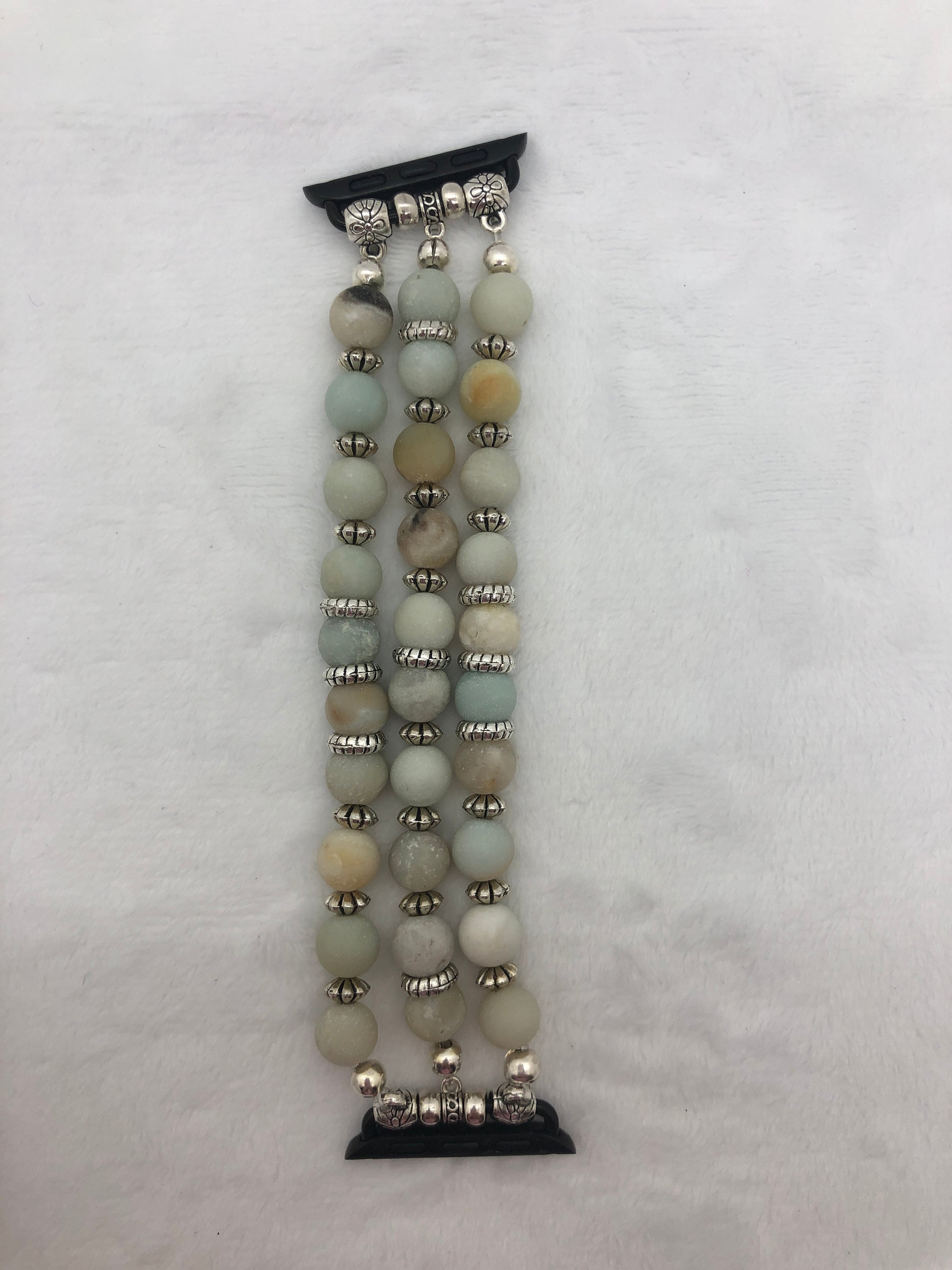 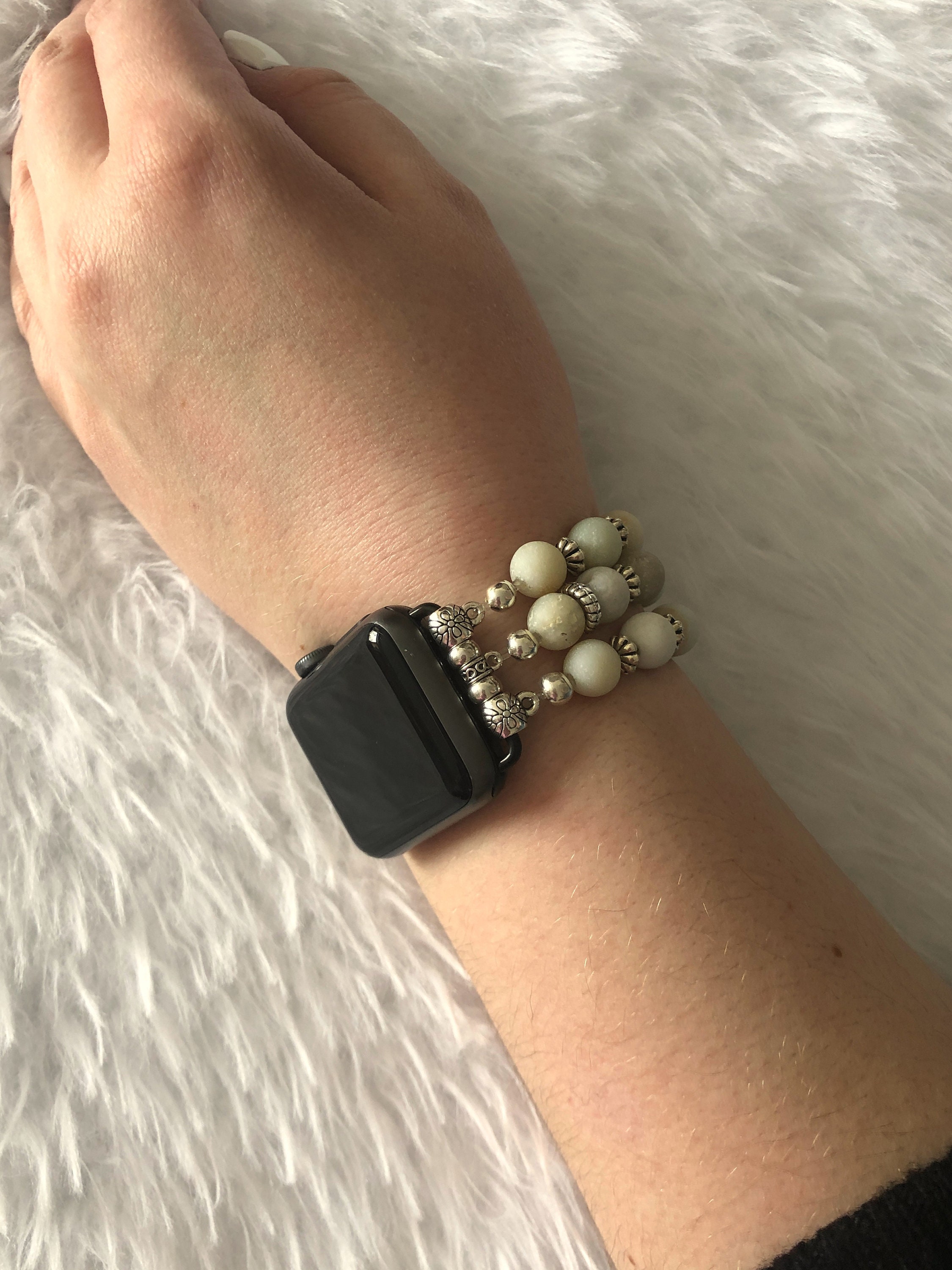 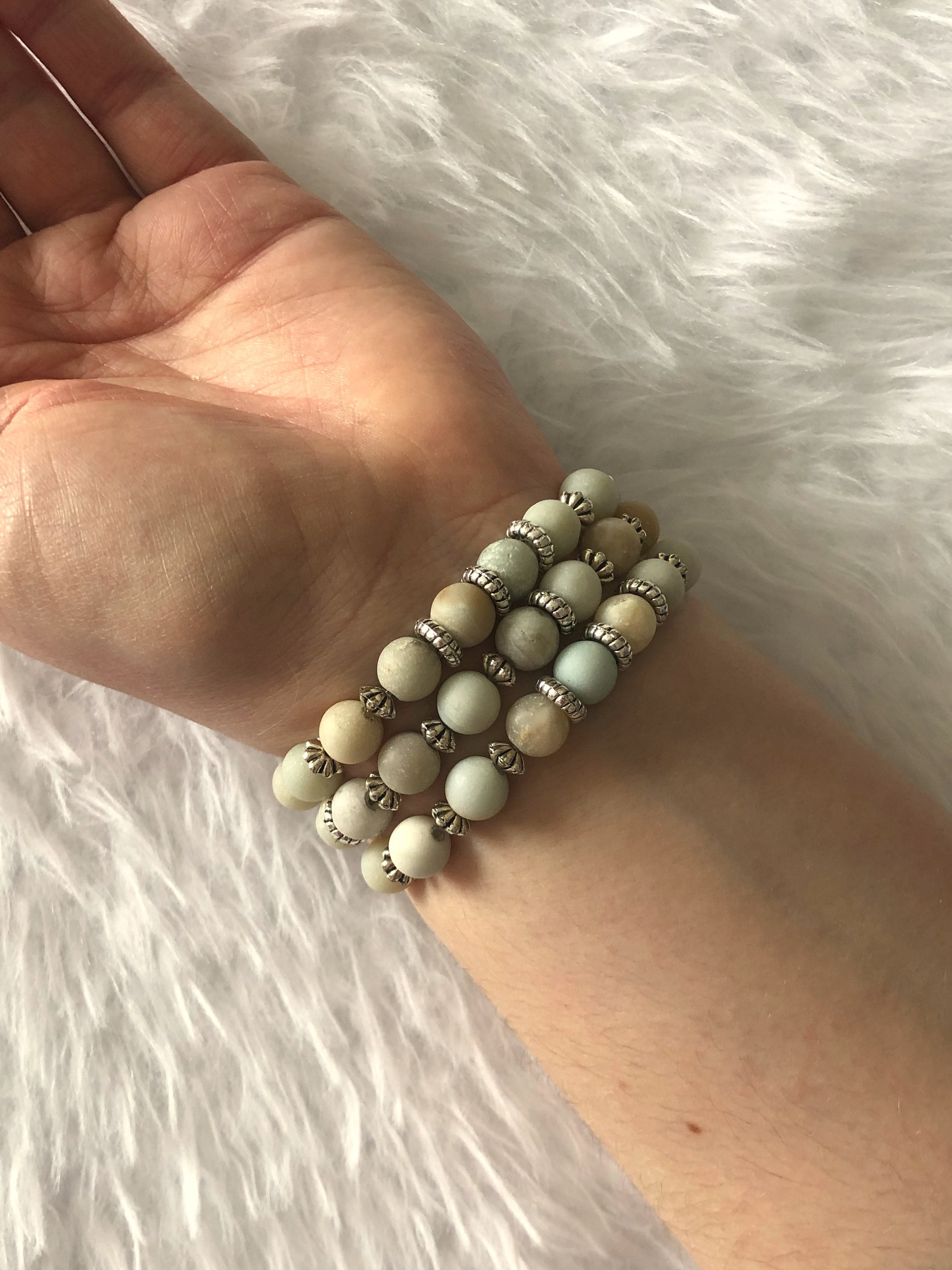 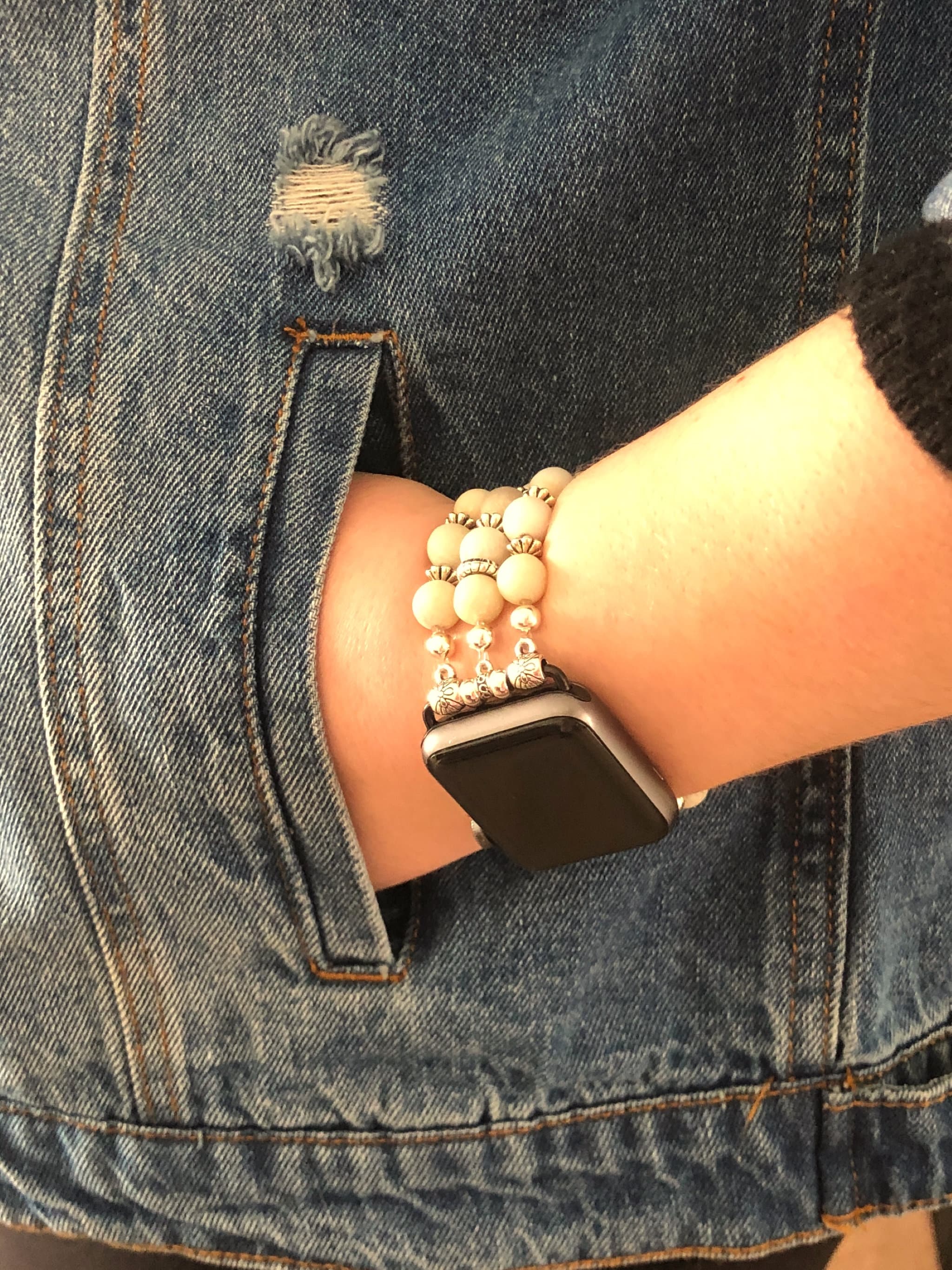 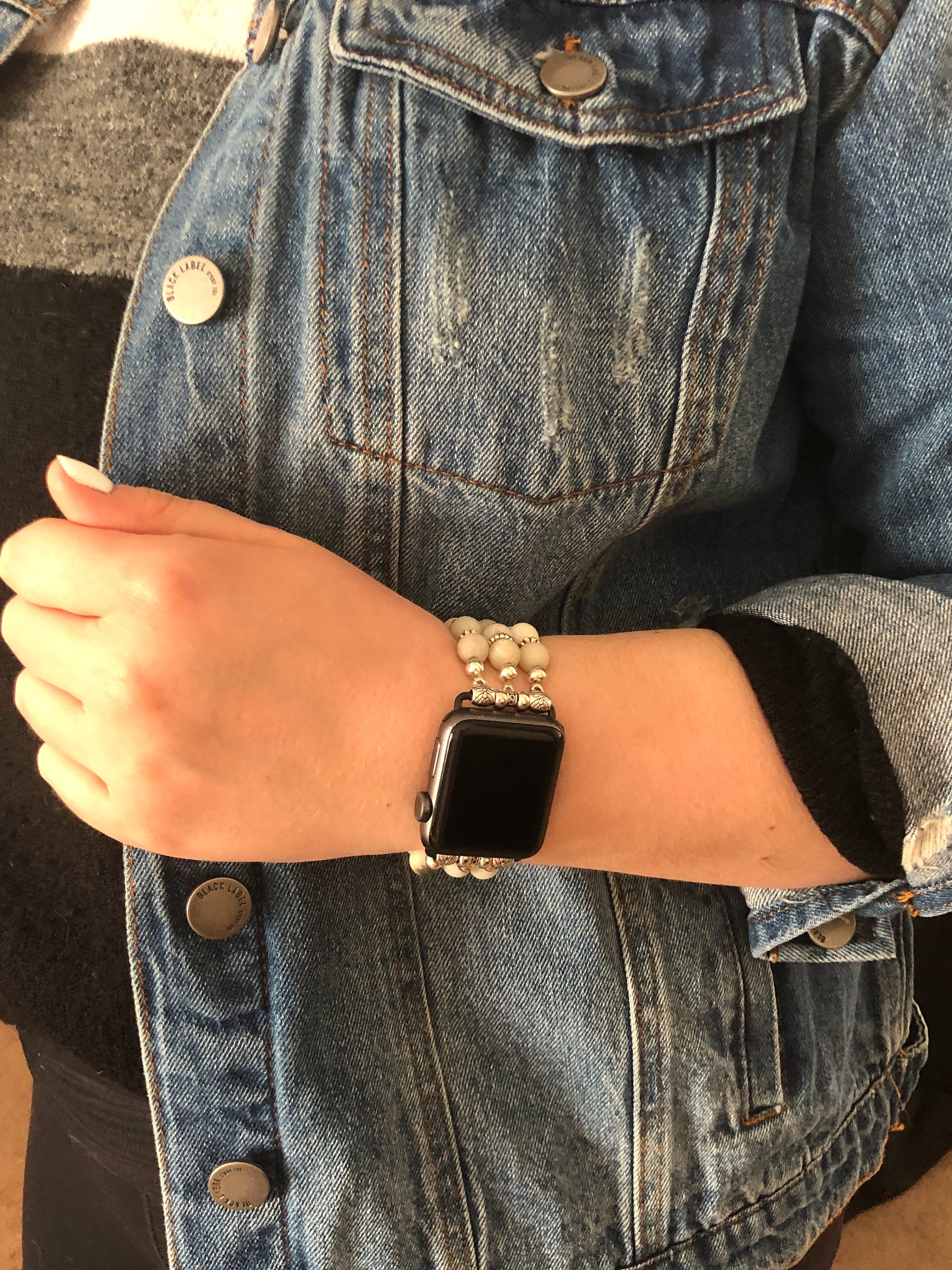 After several months of acquiring supplies then sizing followed by testing I'm so excited to finally be able to launch my version of the Apple watch band.

This particular band is made of 8mm amazonite beads with Tibetan silver beads. It is currently 16.5cm / 6.5" long.

The model in the picture has a common 6.5" wrist wearing a band this size along with her 38mm Apple watch.

When ordering indicate the length of the band you would like not including the watch.

Measure the length of your current watch band if you're not sure.

Ship items back to me within: 14 days of delivery

Request a cancellation within: 12 hours of purchase

But please contact me if you have any problems with your order.

The following items can't be returned or exchanged

Because of the nature of these items, unless they arrive damaged or defective, I can't accept returns for:

Questions about your order?

Please contact me if you have any problems with your order.

0 items in your cart